Only 3% of Chartered Surevyors in the 1980s were women. Over the last three decades this figure has only increased by a mere 10%, with only 13% of members of the RICS being female. With more than half of the UK population being women, the construction sector is missing out!

However, it is hardly encouraging for women to join the industry when figures show that they would be paid a quarter less than their male colleagues. The RICS and MacDonald & Company UK Rewards and Attitudes Survey 2016 showed that the new entrants gender pay gap currently stands at 28.7%. This is the highest figure of all age groups, with the average gender pay gap between property professionals in 2016 standing at 25.9%, only slightly better than 2015’s 27%. The male dominated industry stands way above the general gender pay gap of 19% across the UK.

On 6th October 2016, new legislation will state that all companies with more than 250 employees must publish information on their gender pay gap. They will have to start calculating this in April 2017 and publish it no later than April 2018.

Businesses will be required to publish:

This will no doubt be embarrassing for many companies and hopefully encourage the urge to tackle and improve the issue of the gender pay gap and help promote women in the industry.

It was only last year that the first female in 147 years, Louise Brooke-Smith, was appointed as the global president of the RICS. Louise, who championed diversity and inclusivity, saw the launch of the Inclusive Employer Quality Mark, which will be discussed further on.

There are organiastions that support women and encourage their development within the industry. The Association of Women in Property work alongside businesses and industry organisations to try and redress the gender balance. They also work with schools and universities to encourage and nurture young talent to join the sector. whilst also run over 300 events a year across the country to ecourage networking and provide support.

Research has shown that the more diverse the organisation is, the better it performs and many individual firms are pioneering strategies to foster gender equality.

One important step the RICS have taken to change this is the introduction of The Inclusive Employer Quality Mark (IEQM). The IEQM was introduced last year and companies that choose to sign it, are committing to deliver against 6 Principles that will drive inclusivity into their firm and the profession.

The 6 Principles that make up the Inclusive Employer Quality Mark are as below:

There is no fee involved in becoming part of this and companies are assessed twice a year by filling out a self-assessment form. All firms that have signed the IEQM are listed on the RICS website. Online training is also being developed and businesses can support each other.

Bradley-Mason LLP are proud to hold the Inclusive Employer quality mark which shows our commitment to inclusivity. 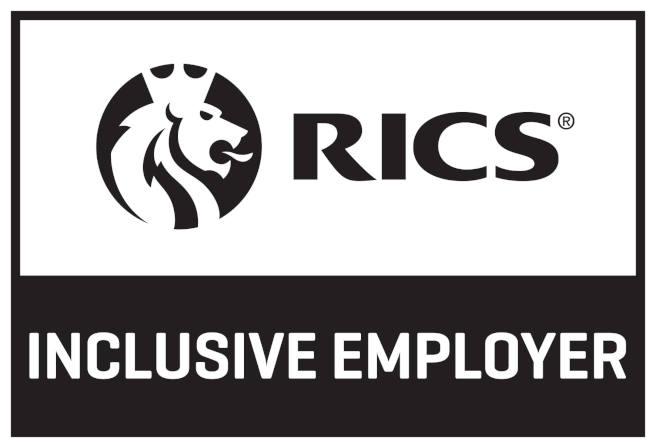