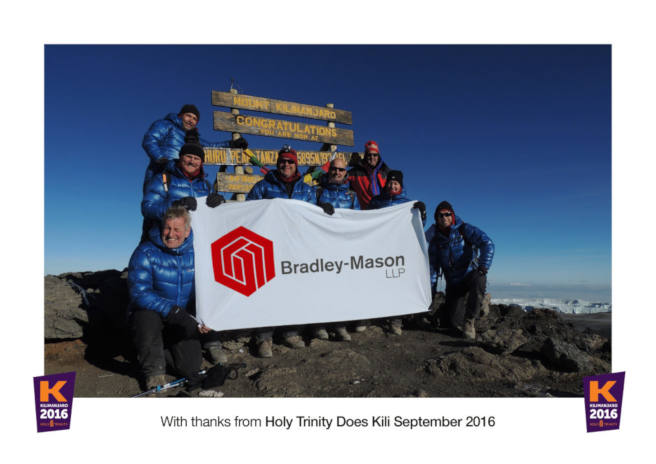 As a company we like to get involved in our local community in various ways. We support and sponsor a young motorbike racer called Jake Hopper, we also get involved in sponsoring a local youth football team but on top of these things we are also happy to support single causes too. In this instance we were approached to sponsor a team of intrepid chaps who planned to climb Mount Kilimanjaro in order to raise money to regenerate the Holy Trinity Church in Hull.

The Holy Trinity Church in Hull is hopefully about to become completey transformed. As a Grade 1 listed building it is certainly something that should be preserved but the plans a foot actually aim to turn it into something more than just a stunning building. It will become a venue for performances, banqueting, exhibitions and more. It will also be a place for support, help and shelter for those in need in the area. There is no doubt this was and is a great plan so we naturally jumped at the chance to support the cause.

The team itself was made up of 8 local businessmen and 1 rugby player (Iain Morrison) who has played for Hull and even Scotland! Each member of the team has a passionate connection with the local area and felt this challenge was a great way to make something happen for the people of Hull.

The climb itself was over 15,000 feet up the Lemosho route to the sumit of Kilimanjaro. Even with a support team and months of training it was something that pushed these men to thier limits and beyond. It was dangerous, even with all possible precautions taken and it was very hard; but the result will be a substancial amount of money towards an amazing goal that will bring pleasure and help 1000s of people for years to come.

A massive well done to the team from everyone at Bradley-Mason LLP, and well done Iain for training the team.  We were very proud to sponsor you and to be involved even if we were not quite there at the top with you all!